5 Ways To Use Music 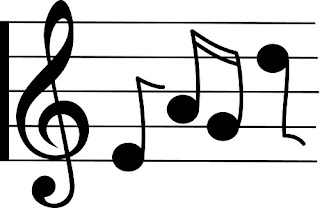 Choose about 15 words that appear in the song and write them on the board. Next, get the students to work in groups of 3 or 4. In their groups, students choose 5 words from the board and write a story including these words. The chosen words should be underlined. Next, students listen to the song. Everybody stands up at the beginning of the song and when they hear the words that they have chosen to use in their story, they sit down and stand back up again, repeating this until they have listened to all five words. The class can then talk about their story and the meaning of the song etc.

Each student is given a copy of the song which contains mistakes like wrong words. In pairs, students look for and highlight the mistakes. The students listen to the song again, check and correct.

Split a song into parts A and B. Part A will contain the first, third and fifth etc lines of the song and part B will have the second, fourth etc lines. Split students A and B. Students have to listen and fill in the missing sentences. To check and correct, students go through the song in pairs.

Cut a song into strips. Divide either into separate verses or lines, depending on the length of the song. Get the class to organize themselves in a line in the order that they think the song goes. Class listen to the song and put themselves in the order as they hear the sentence. As an alternative to this, you could split the class into two groups, giving each group a copy of the song cut into strips. Split the whiteboard into four sections. Before listening, the two groups have to put the song into the order they think is correct. They listen again and correct. The team with the most correct win.